Not of This Fold immediately draws the reader in through the engaging personality of Linda Wallheim, a Mormon bishop’s wife and an amateur sleuth. Since this is the fourth installment of Linda Wallheim mysteries, readers know that she figures out who the murderer is at about the same time as the police. In this book, she has a sleuthing partner, Gwen Ferris. Gwen is also married to a Mormon bishop but is having a spiritual crisis due to the Mormon stance on a variety of issues.

Gwen and her husband are unable to have children, which is a heartbreaking situation for any couple. But it is compounded because, as Linda describes it, the church tells women “We were told so often that raising children was the most important thing we can do with our lives, that mothering was an eternal role, and even when we were resurrected and living in the celestial kingdom, we’d be silently serving our spirit children, . . . ” (p. 18). Gwen has other issues with Mormonism: the church’s attitude toward immigrants from Hispanic countries, the prohibition of same-sex marriages, and the male domination of church leadership. Gwen has quit her high-paying job and plans to enter the police academy to make a difference, but her complaints are leading to marital strife as she contemplates leaving the church.

Since Linda is a grandmother and Gwen is in her twenties, Linda looks at her as the daughter she never had and guides her while they investigate who killed Gabriela Gonzalez, a Mexican immigrant with three young children. Gwen works in the Spanish ward and had befriended Gabriela, so she wants to see justice done. She and Linda do a lot of traveling and interviewing of potential suspects, which draws the ire of the police, who insist they are interfering with the investigation.

I could relate to Linda because she is a real person and not a stereotypical Mormon bishop’s wife with a perfect life. This is her second marriage, one of her five sons left the church and another is gay, and she is also questioning the church’s rulings and practices. The story leads me to believe that Mormon author Mette Ivie Harrison is voicing her own inner conflicts with the church.

I felt the character Gwen Ferris was too one-dimensional. She kept repeating the same slogans throughout the story: Mormons look down on brown-skinned people, Mormons refuse to give women leadership positions, and the church must change with the times. It becomes obvious she is taking out her own unhappiness and unfulfillment on religion.

Overall, Not of This Fold is a fast, enjoyable read. It certainly makes the reader think about the Mormon’s traditional positions when society is challenging traditional beliefs. In fact, I think the social issues often put the mystery story itself in the background. I also noted missing words in the text. This I do not blame on the author, but rather it is the proofreader’s responsibility. Other than that, I find this story riveting because it has such a unique twist. But those looking for a mystery that solely concentrates on the whodunnit may not appreciate Harrison’s work.

After reading so many headlines about child sex trafficking, I decided to read and review Holly Austin Smith’s Walking Prey (2014). The author is an unusually brave sex trafficking survivor who travels across the country relating her experience when she was only 14 years old. Smith cites many statistics, provides reasons for the prevalence of child sex trafficking and gives practical advice on prevention and the rehabilitation of victims.

Smith recounts being an awkward teenager who felt disconnected from her family and alienated from her peers when she ran away with a man named Greg who turned out to be a pimp. She candidly recalls her weeks on the streets of Atlantic City, her rescue, and rehabilitation treatment. The following is a few reasons young girls may be vulnerable to manipulative older men seeking to lure them into prostitution:

Smith is emphatic that these teenagers should be treated as victims rather than criminals. Pimps lure the ones who suffer from difficult family lives, low self-esteem, and little or no support.  And once these children are rescued, they require a great deal of help so they can enter back into society and live productive and stable lives. The author cites many cases, including her own experience, where survivors are treated like criminals. Some survivors actually end up becoming advocates and help put systems in place to facilitate the rehabilitation process for young survivors.

Surely, society must do better to prevent occurrences of sex trafficking in the first place by providing more support and resources for troubled youth.

Smith concludes that “Too many children and teens across the country, as well as their parents, have never heard about child sex trafficking in the United States, and this must change…Community members must be made aware of human trafficking and commercial sexual exploitation of children” (pp. 167-168).

I highly recommend Walking Prey to everyone, particularly parents of teenagers. It is an eye-opening experience that they cannot afford to e. 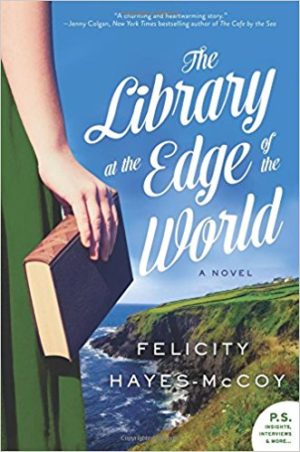 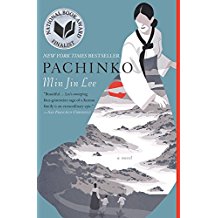 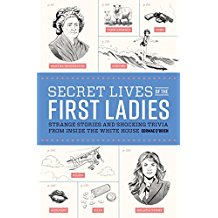 Reading this book was certainly an entertaining experience.

The following are some tantalizing tidbits I read in the book:

Reading through the book, I learned some shocking facts about Presidents:

There is much more to read in Secret Lives of the First Ladies. Every chapter gives the reader a fascinating glimpse of each first lady, giving a sense of their personalities and characters.

My one criticism: Author O’Brien is obviously not a Trump fan. His description of First Lady Melania was the only one that was downright unflattering. I didn’t appreciate the mud-slinging and lack of civility of today’s partisan politics in her description.

Mamie Eisenhower once said, “Every woman over fifty should stay in bed until noon.”

When the magazine Parade printed a reader’s question about how much Barbara Bush weighed, it responded in an article that she was between 135 and 145 pounds. After hearing about the magazine’s answer, Barbara, who tended to be on the heavy side and had a good sense of humor, joked in a speech immediately after the article was published, “Just for starters, I was born weighing 135 pounds.”

Tempted to read yet?