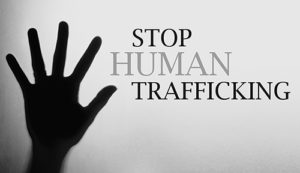 I was so pleased to read that the efforts of human trafficking prevention groups have yielded success! For years now, pimps have been forcing young girls and women into sexual relations with strangers in hotel rooms while hotel owners and staff would often look away. Krista Torralva of the Orlando Sentinel reported that a  bill is being prepared for the Florida Legislature to approve that would allow human trafficking victims to sue hotel workers who ignore these crimes.

Another bill would require hotel staff members to receive training in recognizing the signs of human trafficking. If these bills pass, it would greatly impact the 400 hotels in Orlando and the many more in the surrounding areas.

A similar bill was already passed in Pennsylvania in 2014 when a human trafficking victim was able to sue a Philadelphia motel when staff members ignored her travail when she was forced to sleep with hundreds of men.

According to The Polaris Project, an anti-human trafficking organization, Orlando, Florida is ranked number three in calls per capita to the National Human Trafficking Hotline.

Let’s hope to see more progress throughout the world in combatting the proliferation of human trafficking. It is everyone’s responsibility to spot the warning signs and act to prevent this crime.

To learn more about The Polaris Project, log onto https://polarisproject.org. The phone number of the National Human Trafficking Hotline is 1-888-373-7888.