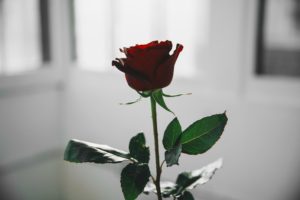 May the souls of those who perished rest in peace.

The nation is once again reeling after the recent high school Florida shooting tragedy which left seventeen people dead. In the aftermath come the questions: why did this happen? How do we prevent this from happening again? Theories abound: banning guns, more security in schools, make mental health care more widespread and accessible, etc.

All of these measures have merit: Enforce tougher background checks for those who want to buy a gun, increase security in the schools and provide more counseling and resources for those who are troubled and going through a rough patch in their lives. But there is one I would like to discuss in this article, which is to reduce the amount of violence in the media.

When I watch television, I am frequently repulsed by commercials for upcoming movies. Actors are constantly shooting at each other. I once joked to my family that if these brave, macho actors were dealing with these situations in real life, instead of fighting, they would be running for their lives. What happens is people get desensitized to violence—after all, they see it in the movies, on television shows, the news, books, video games, sports, etc.

And who are the most impressionable? Young people. They grow up immersed in this violent culture and some become convinced it is the only way the world will pay any attention to them.

Out of this tragedy came many heroes, people who showed tremendous bravery and even sacrificed their lives to protect others, but I am sure everyone would agree that it would be much better if these school shootings could be prevented in the first place.

Much work has to be done. Unstable people should not be allowed to buy guns, counseling should be available for all, every student has the right to be safe in school and the media has to stop its glorification of violence.