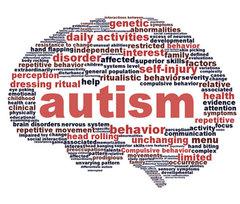 Note: This post is a day late. My apologies.

In my novel True Mercy, I wanted to give people a glimpse of the stresses and challenges involved in caring for a loved one with autism. It is a difficult undertaking, particularly when the individual is low to moderate functioning. The character Adam in True Mercy was somewhere between low and moderate. I portrayed him with many telltale signs like communication difficulties, behavior quirks, obsessive interests, and little or no social skills. But there are individuals who are at the highest functioning level they possess these traits, and yet are able to integrate into society, even thrive. The highest functioning people with autism are labeled as having Asperger’s Syndrome and they live and work among us. I would like to mention five individuals considered to have high-functioning autism or Asperger’s:

I want to conclude by mentioning that anyone who displays any of these characteristics should not automatically be labeled on the autism spectrum. A neurologist is a doctor qualified to make this diagnosis. But experts who have studied the behaviors of these famous people no longer living have speculated they were very likely on the spectrum.