A few weeks ago, I happened to find an article about a truck driver who rescued young girls enslaved in human trafficking at a truck stop. This led me to discover the organization Truckers Against Trafficking (TAT). It is a very active organization designed to train members of the trucking industry as well as individual truckers to recognize the signs where human trafficking is taking place. It is heartening to know that millions of truckers on the road are joining the fight against this underground criminal industry. A representative for TAT was quoted as saying, “Those in the trucking industry are in a unique position because the traffickers are transient and often stop at truck stops.” Indeed through spreading awareness, truckers have rescued countless victims.

TAT educates truckers to recognize the signs where trafficking may be taking place. These include the following:

TAT advises people to ask these minors the following questions:

The average age of these girls is only 13-15, and everyone should do their part to lend a hand in rescuing these trapped young girls. If you suspect this is happening, the hotline number is 888-3737-888 or you can text BE FREE (233733). REPORT IT IMMEDIATELY IF YOU SEE IT. IF YOU’RE WRONG, THAT’S OK. TAT cautions people not to try to save the girls themselves because this could be dangerous.As a spokesperson for TAT put it, “Trucking and law enforcement are working together to put these guys out of business.” 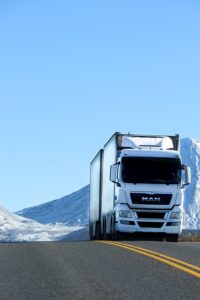 Screening of the Film Chosen and Discussion

Last week I attended a screening of the human trafficking awareness film Chosen. Two young women speak about their nightmarish experiences. Chosen demonstrated the most common method teenage girls get lured into human trafficking: older men pretend to be their boyfriends, lavish them with expensive gifts, take them to strip clubs, and from there force them into prostitution. In most cases, the older men had been stalking them for months, so if the girls refuse to cooperate, their so-called ‘boyfriends” threaten to harm them and their families. At the end of the film, girls are advised to tell others what is happening and to take action as soon as something looks wrong. Men in their twenties or older have no business being around thirteen and fourteen-year-old girls.

The speakers at this forum informed the audience other alarming information:

What you can do:

Earlier this month, I traveled to Philadelphia for the Bookbaby Writers Conference. Before it started, I visited the Liberty Bell. Inside the building, there was information posted about the Liberty Bell’s history. It was first used to symbolize freedom during the Revolutionary War, and later it was used to mark the efforts of African-Americans and women’s fight for equality. After leaving the exhibit, I felt it should also now symbolize the fight against human trafficking.

Inscription on the Liberty Bell:

Proclaim LIBERTY Throughout all the Land unto all the Inhabitants Thereof Lev. XXV. v X.
By Order of the ASSEMBLY of the Province of PENSYLVANIA for the State House in Phila
Pass and Stow
Philad
MDCCLIII

On a more pleasant note, I just finished reading the fantastic book The Day The World Came To Town: 9/11 in Gander, Newfoundland. After the terrorist attacks on 9/11, US air traffic was closed. Over 250 airplanes carrying 43, 895 passengers were forced to land in Gander, Newfoundland. The residents of Gander opened their homes, cooked endless meals, and donated clothes, toiletries, towels, and bedsheets to the stranded passengers once they landed. Their hospitality was astonishing. Reading the book restored my faith in humanity.

Last week I did not write because I traveled to New England. I saw family, toured the Boston Common, and took day trips to Cape Cod. Everyone needs a vacation to clear their minds and refresh their spirits, but I am happy to be back again writing on this blog.

In my novel True Mercy I write about human trafficking. In reality, this criminal activity is occurring all over the world, in First World countries and Third World countries, in wealthy, middle-class, and lower-class communities, and in all cultures and races. One only has to pay attention to the news.

Rockaway is a family-friendly, suburban town in Morris County, New Jersey. It has been reported in the local media that Adolphus Mims of nearby Morris Plains, leader of a human trafficking scheme, forced two Rockaway teenagers to engage in sexual relations for money over a four-day period at the now defunct Rockaway Hotel. Morris Plains, by the way, is another family-friendly, suburban town. Fortunately, the girls were rescued and Mims and his partner, a woman named Debbie Kooken, were arrested.

On the international front, 20 year-old British model Chloe Ayling was kidnapped and held hostage for six days when she arrived for a photo shoot in Milan, Italy. Her “photo shoot” actually turned out to be an abandoned building where she was drugged and transported to an isolated farmhouse. Her four captors intended to sell her as a sex slave on an online auction. Fortunately, Italian police rescued Ayling and arrested her captors.

A few weeks ago, I wrote about the documentary I Am Jane Doe, which dealt with men manipulating teenage girls into advertising for sex on the online site Backpage.com, which is the second largest buying and selling of products and services website (Craigslist.com is the largest). They control 80% of the market for sex ads. Many of their ads feature under aged teenage girls in provocative poses under the guise of “escort services.” Many court cases have been brought up against Backpage.com, but all have been dismissed thus far. Congress has recently decided to challenge their right to advertise young girls.

When will this madness stop? As the saying goes, “If you stand around and do nothing, you are part of the problem.” Get involved to stop human trafficking by contacting one or more of these organizations. This list is not exhaustive by any means, but it is a great place to start.

You can make a difference!

On the evening of July 18th, I had the opportunity to attend the special viewing and panel discussion of the film I Am Jane Doe. Since my novel True Mercy deals with the topic of human trafficking and I want to be involved in the movement to end slavery, it was important for me to attend and learn more.

That evening I encountered many women and men at the meeting dedicated to ending slavery. However, as we watched the film, we learned about the obstacles anti-human trafficking organizations, attorneys, law enforcement officials, and politicians have in confronting these underground organizations. One of those obstacles, as shown in the film, is the quest to shut down Backpage.com’s ads selling children for sex. Despite numerous court battles throughout this country, Backpage.com keeps prevailing.

Some background on Backpage.com: it was started in 2004 and is now the second largest buying and selling of products and services website (Craigslist.com is the largest). They control 80% of the market for sex ads. Many of their ads feature underaged teenage girls in provocative poses under the guise of “escort services.” Backpage.com even helps pimps create and develop these ads, using code words like “fresh off the boat” for “underaged.” One would think this criminal activity would be easy to stop, but in court case after court case, from Seattle to Boston, Backpage.com has prevailed. Judges keep dismissing the cases.

There are an estimated 150,000 underaged human trafficking victims in the US alone. When a teenage girls runs away from home, they are susceptible to strangers who pretend to understand and care about them, and before they realize what is happening, they are manipulated or tricked into human trafficking. This includes being raped and given drugs like heroin and meth. In the film My Name Is Jane Doe, former victims and their parents discussed their experiences. Fortunately, these girls were spotted being advertised for sex and then rescued, but when both parents and children filed suit against Backpage.com, this website hired expensive attorneys who used first amendment rights of free speech and CDA 230* to successfully triumph in every lawsuit.

Currently, Ann Wagner, the Republican representative for Missouri’s 2nd congressional district, introduced the bill HR1865 on April 3, 2017 to amend Section 230 so owners of the websites like Backpage.com can be held responsible.

I urge readers to join in their efforts. You can do this in many ways: watch the film I AM JANE DOE—check media listings for when it is being presented; call your US representatives for support of HR1865, the “Allow States and Victims to Fight Online Trafficking Act of 2017;” sign the petition at CHANGE.ORG, which urges Google, Facebook, and Microsoft to stop their support of child sex trafficking; and log onto organizations on social media to spread awareness. For instance, in New Jersey, there is NJ Coalition Against Human Trafficking on Facebook and @NJ_Coalition on Twitter. And of course, a donation of any amount to help fund the efforts to enact HR1865 would be most welcome.

*Section 230 of the Communications Decency Act of 1996 states that “’No provider or user of an interactive computer service shall be treated as the publisher or speaker of any information provided by another information content provider.’ This portion of §230 is often characterized as granting website owners complete immunity regarding any content posted by users. “

–Taken from “The Lawless Internet? Myths and Misconceptions About CDA Section 230” By Mary Anne Franks